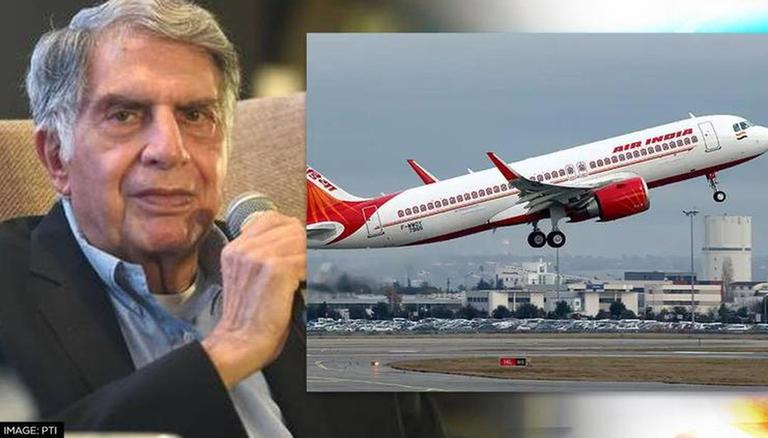 Nepal is a small landlocked country surrounded by two giant neighbors, China and India. When it comes to adventure travel, Nepal is one of the best destinations in the world, with challenging trekking routes, breathtaking glaciers and scenic valleys. But even if you don’t fancy spending a single day in hiking boots, there is so much to see and do in this unique country. But there are definitely things to know before you visit.

Nepal, officially the Federal Democratic Republic of Nepal, is a landlocked country in South Asia, located along the southern slopes of the Himalayas, with the Tibet Autonomous Region in China to the north and India to the south, at east and west.

2. How do I get there and what about a visa?

Most visitors arrive by air at Tribhuvan International Airport in Nepal’s capital, Kathmandu. Only a small number of international airlines serve Nepal, and they fill up quickly, so if you are traveling during peak periods, book your flights well in advance.

If you enter by land, there are many border crossings between India, southern Nepal, and these can be navigated quite easily, especially when organized by travel agencies.

Buses are the main form of public transport. Local buses run pretty much everywhere and stop for everyone, but I’ll say that while incredibly cheap, I don’t recommend them. Tourist buses are the most common way to travel between cities and are more comfortable and less crowded than local buses, but journeys can be long and arduous. The roads are shocking, the traffic is horrendous, the buses stop frequently for meals or tea breaks, and a breakdown or flat tire is almost guaranteed. Once it took me 7 hours to travel the 124 miles from Kathmandu to Pokhara!

The plane is the mode of transportation of choice for many visitors, and it is certainly the fastest way to travel. Faced with the choice between a cramped 24 hour bus ride or $ 100 for a domestic flight, I know which one I would choose! Keep in mind that flights are weather dependent and are often canceled at the last minute.

The accommodations are varied and numerous. Nepal is no stranger to tourists, and no matter where you go, you will find a place to rest. The widest variety of options can be found in the most popular tourist spots of Kathmandu, Pokhara and Chitwan, with everything from luxurious 5-star accommodations to basic guesthouses. Prices vary widely from region to region, but for the most part, accommodations are remarkably affordable. A tea room on a trek can cost as little as a few dollars a night, while a lodge safari in Chitwan can cost you $ 250 a night.

Eight of the 10 highest peaks in the world are found in Nepal, along with countless trekking routes. If you want to hike you will need to organize a “Hiker Information Management System” card, and for more remote hikes you will need a special permit. If you have booked a group hike, which I recommend, the tour operator should organize it on your behalf. Some interesting and uncrowded hikes include Manaslu Circuit, Gokyo-Cho-La Pass, Tsum Valley, Kanchenjunga Trail, Rolwaling Trail, and Nar Phu Valley.

When you think of Nepal and trekking, Mount Everest probably comes to your mind, and if so, you can read more about it here. But trekking is not the only way to see Mount Everest. Travelers can take a 1-hour round-trip flight from Kathmandu to see Mount Everest from the air; a fantastic trip for photographers, as airlines only sell window seats, ensuring everyone a great view.

6. Nepal is more than mountains

Nepal may be famous for its mountains, but there are a lot of other amazing things to do that don’t include trekking. The bustling capital of Nepal, Kathmandu, is a historic city where three ancient kingdoms meet. Highlights of the Kathmandu Valley include the squares of Kathmandu, Bhaktapur and Patan Durbar (formerly royal kingdoms), the ancient Buddhist stupas of Swayambhunath and Boudhanath, as well as the Hindu temple of Pashupatinath. Outside of the Kathmandu Valley, Lumbini is the birthplace of Buddha, Pokhara is a bustling and scenic town known for Phewa Lake, and there are several safari parks like Chitwan and Bardia National Parks, where you can see wildlife or paragliding and bungee jumping

Nepali is an Indo-Aryan language, similar to the Hindi spoken in India (Indian travelers must understand enough to get around). English is a secondary language spoken mainly in large cities like Kathmandu. English is less spoken outside of Kathmandu, but getting around is still manageable. Just smile and say Namaste, which is a traditional Hindu greeting meaning, in essence, “the divine spirit with me bows before the divine spirit within you” or “my soul recognizes your soul”. You’ll say Namaste to everyone, and everyone will tell you, but unlike at the end of your yoga class at home, here it’s used for just about everything – a greeting, a goodbye and even ” sorry, you are my way. “As you say Namaste, you are holding your hands as if to pray. Another good word to know is” thank you. ” dhanyavad, pronounced: dahn-ya-vahd.

About 80 percent of the people of Nepal are Hindus, 10 percent are Buddhists and the rest are a mixed bag. The main religious festivals are a cross-pollination of Hinduism and Buddhism. You will see as many Hindu symbols and temples around Nepal as there are statues and devotions to the Buddha.

A few dos and don’ts

If you want to be respectful in Nepal, there are a few golden rules: Don’t touch people on the head (the most sacred part of the body), Don’t point your finger (use a flat hand or your chin), do not eat or pass food with your left hand (considered dirty and unhealthy), show respect by using both hands to give or receive anything (including money), remove your shoes before d ‘enter a temple or monastery, and always walk around a stupa clockwise.

Nepalese cuisine is absolutely delicious, and it is possible to have a hearty and delicious meal for a few dollars. My favorites are moms, the Nepalese version of dumplings made with curry spices, minced meat, vegetables or cheese, and served steamed or fried.

If you fancy a taste at home, Thamel’s restaurants cater to travelers, and you’ll find plenty of familiar dishes catering to Western taste buds.

I love street food, but Nepalese street food is known to cause stomach upset in some travelers! I would advise sticking to the well-maintained and lively restaurants or, better yet, taking a famous street food tour! Try the Backstreet Academy’s Secret Street Food Tour to visit some of Kathmandu’s local haunts.

Tap water is neither filtered nor purified in Nepal. It is better to buy bottled water. Avoid fresh fruit juices on the street and fruits and vegetables washed in tap water. Maybe you have bottled water for brushing your teeth.

While westernized hotels and restaurants, and most tourist attractions have western toilets, you will find most local establishments and public toilets have Turkish toilets. If you’re used to sitting on a “porcelain throne” at home, crouching over a hole in the ground can be a bit off-putting at first. But Turkish toilets are common in this part of the world, so the sooner you get used to them the better. Take a pack of tissues and hand sanitizer.

Keep an eye out for overly friendly locals at popular tourist spots, who might approach you and start “sharing” the site’s history. They are often unofficial touts, and once your “tour” is over, they will ask you for money for their time. If someone walks up to you and starts a conference, politely interrupt them and ask how much their visit will cost, if they are reluctant to give a specific price or say “pay me what you think it’s worth. “, go away.

The famous curved “kukri” knife is still a weapon of the Nepalese army, and it measures almost 15 inches long. While you might want to buy one to show off to your friends back home, it’s risky. Exporting a knife from Nepal is usually not a problem, but it can be another story when your flight lands at home.

You will see “buff” as an item in many Nepalese restaurants, it means buffalo. Cows are sacred to Hindus and most refrain from eating them, instead eating buffalo.

Prayer wheels: These large cylindrical objects are found in front of Buddhist temples and are inscribed with mantras, believed to help balance your karma as you spin them.

Prayer flags: As you stroll through temples or through the mountains, you will see strings of multicolored flags fluttering in the breeze. They are called your lung (wind horse) and are traditional Tibetan prayer flags. The flags always have five colors: blue, white, red, green and yellow, which represent the five elements, and are inscribed with Buddhist prayers.

You’ll find prayer flags for sale in many stores, so take some home for your loved ones. Don’t let them touch the ground, that’s disrespectful.

Nepal experienced a brutal civil war that lasted for decades in the mid-1990s, was a monarchy until 2008, and is still a relatively new republic. Keep this in mind and avoid bringing up uncomfortable political topics when chatting with locals.

The effects of the 2015 earthquake on UNESCO sites in Nepal

In 2015 Nepal suffered a devastating earthquake from which the country is still recovering. The country is rebuilding itself, and everywhere you look you will find constructions.

Here are some things to consider if you are visiting Nepal: